This section allows you to view all Messages made by this member. Note that you can only see Messages made in areas you currently have access to.

How quickly people forget how many turn over Gibbs was involved in during his tenure at Carlton. I find it alarming that based on your position in the draft, exceptions are made and glaring faults glossed over to emphasise "what a great pick" he was. Let's get it straight, the guy was a poor choice at Number 1 as was Murphy.

Sorry @Spanner‍ - I can't take you seriously on sMurph or Gibbs issues.

In a loss these guys could get Club BoG as well as Brownlow votes and you'd still blame them!

There is no history being rewritten, and no rage based blindness either!
2
Quote from: Baggers on Today at 10:10:26 AM

I always thought the biggest mistake that was made with Gibbs was attempting to force him to be a midfielder. He played some of his best footy as a defender, when he had a set task. The best midfielders tend to have a creative streak, with a mongrel determination.

@Baggers‍ - I tend to agree, Gibbs played his best football off the HBF flank when he could watch the football coming to him and read the flight, he'd dispose of opponents early and then use the footy very very well on the rebound. Something many of our fans do not give him credit for, much like they failed to credit Houlihan for his ball use.

I also agree with @ElwoodBlues1‍ the Crows made a huge mistake trying to play him in the midfield and on the wing, change of direction, twisting and turning is not his go. They would have been better to play him as a HFF, give him 3 or 4 chances a game and he'll kick 2 or 3 goals from a decent range.
3
Quote from: madbluboy on Today at 07:55:10 AM

Murphy was poor. We will go no where while he is still around.

Kade Simpson's numbers are well down this year but he is playing better.

Murphy is having quite a good season, not getting so much footy but using it very well compared to most, he is probably Top 5 B&F!

and in this age of hyper athletic giant rucks he's a smidge undersized and lacks that athletic zip....

OK, I undertsand the injury sentiment.

In regard to size and athletic ability, I think the shortfalls are grossly overstated. In reality his under size is just 1"(2.5cm) or and 1-1/2"(4.0cm) to these hyper athletic giants, and he is probably 5 to 10kg lighter than the heaviest opponents. But Kreuzer is still around 105 to 110kg and it isn't a large proportion of fat like some of them.

On the aerobic front he leaves opponents gasping for air behind him while they watch him spread away from the stoppage as part of the midfield chain.

Otherwise, yes he has been crippled by injury and never really reached his peak, but his average is still so far ahead of our other options they are not even on the same park!
5
@Macca37‍  Noice! 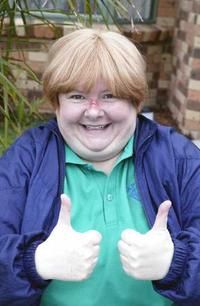 Rumour has it, it has arrived with freight.  Those people working in freight have contracted it and then spread it around the community.

There are some rather disturbing early reports coming out of some regional centres as well. It looks like COVID deniers or disenfranchised youth may have been sneaking out of the city to visit country locations for a muck up, and have taken COVID with them!
7
Quote from: kruddler on August 13, 2020, 02:19:25 PM

I don't have access, but thats the story.
Can't recall where i read it though

@kruddler‍  Not sure if that is the article, but on the subject I felt part of Teague's motivation was about having players that enjoy playing football, through not being mired in negativity 100% of the time. So the pressure is released, and it perhaps makes us a more attractive destination as a club.
8
Quote from: laj on August 13, 2020, 12:32:26 PM

Who else did you drop to get Cunningam in. He didn't play last week.

If @LordLucifer‍ rests Cripps from that side it would be the one I'd play against the Crows, give them a hollow victory with nothing to Crow about no matter how it is achieved, and give us a huge boost if by chance we cause an upset!
9
Quote from: kruddler on August 13, 2020, 08:50:07 AM

But what about places like India where the population is through the roof. Covid could sweep through there pretty quick.

Of course, this could just be stage 1 and a more deadly virus could be on its way to compound our issues.
SARS wasn't that long ago.....and this is an upgraded version of that. Who knows what version 3.0 is....

Yes, I suppose the hope is the less mobile populations in countries like India, China and Africa contributes to braking the rate of spread. But who knows if a super-spreader gets into the dense population like Mumbai.

NZ, just 4 yesterday but 13 today, this is how it works and no amount of wishing or indifference is going to change that!
10
I'd like to see Harris and Vescio extend contracts, particularly because Dalton leaves a bit of a shortfall as she can play quite tall for a 180cm type in addition to being ultra-mobile.

To take emotion out of something that is extremely emotional...
Could this be "the pandemic the earth had to have" ??

As humans, our ignorance towards the killing of mother earth is one thing.
Our ignorance towards some relatively basic health methods is another....and ironically....could become a mass extinction of our species, and go a large way towards healing the earth in the process.

Just something different to think about.

Yes, it is an interesting concept, a natural feedback mechanism, and it is a behaviour reflected in many natural systems that exhibit boom and bust cycles.

People think this is the "The Pandemic", but at this moment we are still talking tens of millions when the earth has billions of people on it. The money being spent is to stop that tens of millions number turning into hundreds of millions. It's very very serious business that makes the economic rationalist argument to save a few pennies trivial, trivial in relation to the relative potential total risk. If that number goes up an order of magnitude you'll be talking about wars as well.

Unfortunately, that leaves the solution as a people problem, and the way society's controlled behaviour unravels at the first sign of a drop in numbers is pretty pathetic. It looks like humans will keep shooting them-self in the foot with a virus laden bullet.
12
Quote from: ElwoodBlues1 on August 12, 2020, 06:47:52 PM

Dropping the ball isnt a free....its either holding the ball or play on, the player has to attempt to kick or handball, grey area arises in what is termed incorrect disposal and where the ball is knocked out of a players hands in a tackle.
Also how long does a player get to dispose of the ball, what constitutes a successful tackle where judgement can be made on the above?......all open to interpretation and abuse.

Yes, it's pretty clear, the problem is using interpretations rather than literally umpiring the rules.

While I agree dropping the pill isn't a rule, it's clear professionally dropping the pill is a trend, in my opinion if you drop the pill it's incorrect disposal and as far as I know there are only two ways to legally dispose of the ball. Having it ripped out of your arms by a team-mate was sometimes penalised years ago, now it's a free for all football pass the parcel to the nearest team-mate. I'd have no problem if only opposition were allowed to dispossess the ball carrier by stripping the footy. But to counter that effect if a 3rd or 4th person joins in the tackle, the gang tackling should be penalised for holding the man even if your own team-mate has the footy. Having a team-mate hold the footy to your chest shouldn't be a defence for failing to dispose of the ball. End of gang tackling, over and done!

I've never understood why the AFL bows down to belligerent coaches that bitch and moan about how unfair the game is to their players. They always have some tactical advantage hidden behind their agenda for their own team, and yet the AFL keeps fudging the rules based on the bitching and moaning coaches.

btw., This isn't the same as the SPS or Kelly events, which is a case of obvious rules either not being implemented or totally ignored.
13
Bit sad for NZ, they took such a massive social and fiscal hit going for eradication, and it seems it has failed.

That probably says more about human hubris than it does about medicine or society, I can't imagine that they did what they did in ignorance of the history of Spanish Flu. It was a high risk high reward strategy, and they'll be on the Isolation Merry-Go-Round now with the bulk of the rest of the planet!

Things might become even worse in the Northern Hemisphere in coming months, humanity is not taking is seriously, I've mates in the UK, Italy and Germany are very concerned. They tell me people are giving up trying to isolate and stay safe, the younger general public has an air of entitlement, for a freedom that comes at the expense of others. The dwindling oldies, those handful remaining from the war, think isolation is a relative doddle.
14
Quote from: Baggers on August 12, 2020, 05:48:29 PM

I'll have a go... I suspect most folks would say Cotchin. Good player who has an uncanny knack of fronting up for most games... Tractor, not so much. In a way I wish we'd lost the 'Kreuzer Cup' against the Dees then we'd have had to take Cotchin.

I suppose the consequential downside of that is we would have had Cotchin roving to Warnock, Hampson, Cloke, Ackland or O'hAilpin, assuming Jacobs still wanted home!

Can't say i know much about her, but seems to be what we want in terms of talented young player.

Another pacey type apparently, looks like we might be taking the running team press game to another level.

Personally, I'm glad if that is so. To me it's the right direction for AFLW to head, and not trying to be a smaller weaker version of AFL bash and crash. There is no point having girls trying to be a Luke Hodge or Wayne Johnston, it's doomed to fail!

@kruddler  I watched some highlights of Georgia Gee the other day, reminds me so much of Trevor Keogh, the little player opposition try to pummel over and over again, but time after time she gets up and runs those lowbrow numbskulls into the dust leaving them gasping for air meters behind, just like Keogh. If only a few more of our blokes had such drive to push through, too many of our men jog along behind play catching their breath after being targeted!