To busy paying $4000 a trip to fly some peanut around the globe on a RAF jet drumming up business (albeit federal gov) and $220M in the upgrade of Sterile Stadium. Mean while, back at the ranch.. The imbeciles know no bounds.

That's $4000 / hour from the Feds for Matisse Cormann to apply for a job he has almost zero chance of winning!

However, I'm not so upset about that, because I can't be a hypocrite and whack the Feds or State about dodgy China dependant dealings, then refuse them the very chance of gaining some leverage in other markets no matter how slim of a chance it may be! $4000/hr isn't much when you are talking about gaining influence in markets with an extra 6 or 9 zeroes on the end!
2
Some miraculous performances, which probably will never to be equalled! 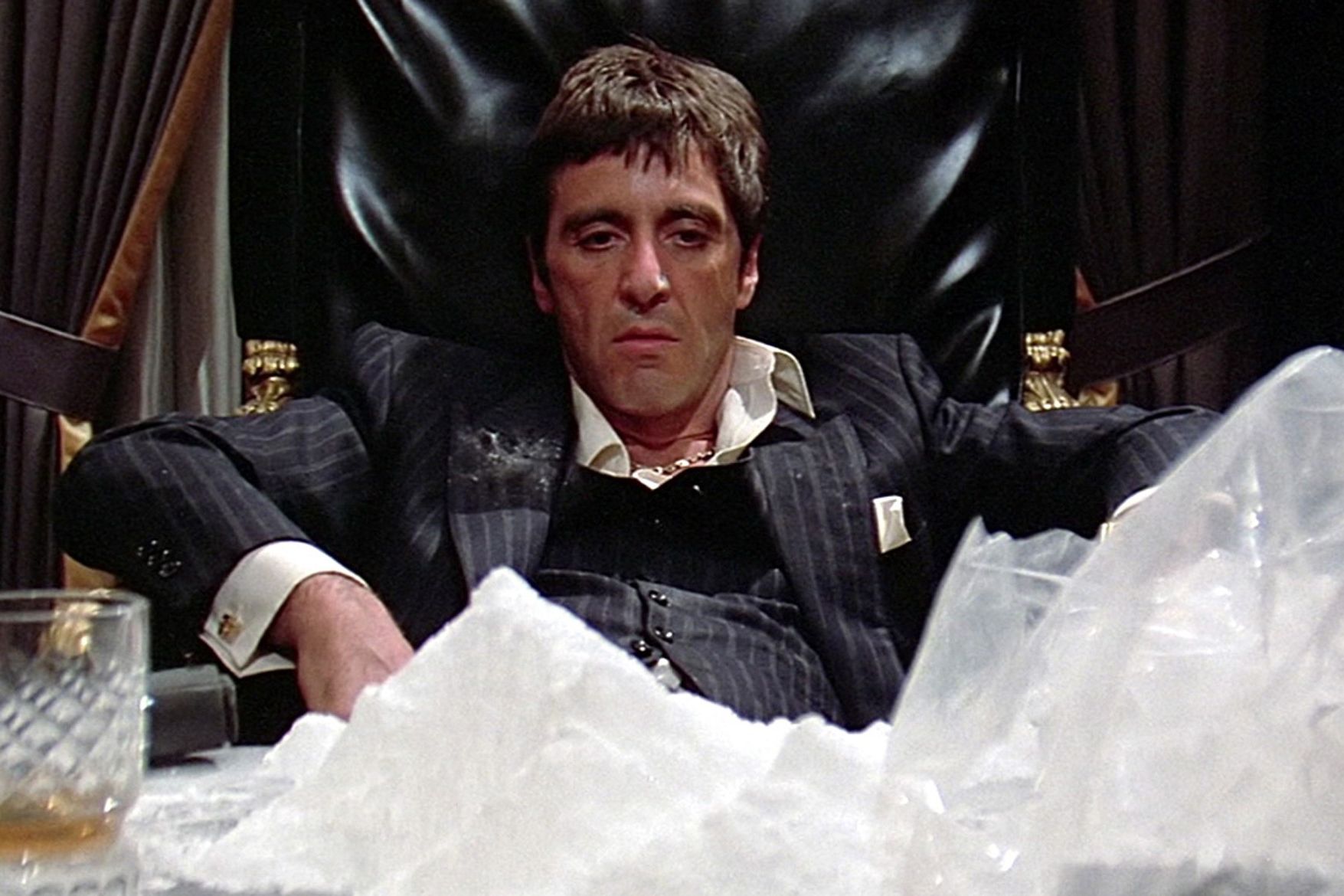 Half the problem will be the judicial system who'll do next to nothing when they front court.

The family might/do tend to get a bigger grilling from the Victims of Crime Compensation tribunal, than the perpetrators get from the courts!

The hand of God - classic.

Not to berate the dead.

Given it's an example of cheating, shouldn't that be the "Hand of Diablo!"
5
I light of this incident and others like it;

I do not get the governments priorities, ignoring politics there is a bipartisan failure of government to ensure the criminals in such circumstances are caught. Fair enough, put money into prevention, but capturing many criminals is also a great preventative!

The governments roll out Full HD Super Cameras to fine you for touching your phone charger at a stop light, and use cameras to track suspected COVID spreaders or border crossing terrorists. But the killers of a kid in a train station car-park, one that should be staffed and attended by PSOs, aren't observed and the police beg them to surrender!

And don't give me the liberties or economic argument stuff, the cost and impact is trivial. In fact they government do not even have to pay directly for this stuff, they can just mandate that public and commercial facilities comply with regulations!
6
The big boys are cashed up and mopping up heavily discounted commercial properties all over the country, perhaps Barangaroo will become the biggest of them all!
7
A bizarre thing for me is how the Storm players are always associate with Wests, it's a bit like our old days when Carlton players would "retire" to The Aints!
8
Quote from: spf on November 25, 2020, 12:29:18 PM

Still no news on Cameron Smith? It's been very quiet there. I do hope he plays on (if he wants to) and we keep Harry Grant and Brandon Smith, but where do you play them all in 2021?

I have thought Cameron Smith could play half even if we lose Jarrome Hughes, or further back in the pack if we lose someone else.

Hope we end up keeping Cooper Johns, I think he will be a good player long term. There is quite a queue at the Storm for positions.

I'd heard that Hughes is gone, it's a done deal. he'll be missed but the Storm are happy to let him go for a better offer they cannot match.

It's hard to see Storm retaining all the talent, they want Harry Grant back in and I think a season besides Cam would be perfect. I suppose they must also consider the future money needed to retain Pap, Munster, Hynes, etc., etc..  If at the end of 2021 they lose Cam as well as Josh that'll go a long way to secure the kids, as long as they can keep the wolves at bay until then!

Some rumours also that Brandon Smith is being courted for a 2022 move, apparently he has agreed to 1 year more despite having a get out clause if Cam plays on.

I suppose I can imagine Brandon leaving or being forced out which delivers Harry a spot besides Cameron.
9
I find the commentary around Josh Addo-Carr and his contract status as a bit bizarre.

Just a week or so back the NSW NRL Media Mafia turned on him, for failing to honour a pledge to return to Wests Tigers which expires if he doesn't return from "Bleak Town" to Wests Tigers this season. They basically labelled him a dog, and the labelled the decision a dog act, without explicitly using those words!

Now despite committing to Melbourne Storm for 2021 he has been seen visiting Canterbury-Bankstown, and all of a sudden it's love again and he is leaving the Melbourne Storm for a new Bulldogs home in 2022. The irony is, by delaying his return from 2021 to 2022 he has basically been able to wipe the Wests Tigers agreement and saddle up for a massive Canterbury-Bankstown cash cow deviating his final destination by less than 10km in the process!
10
Just a thread for general Melbourne Storm discussions, I was a bit surprised to find we didn't already have one!
11
Quote from: Mav on November 24, 2020, 10:39:45 PM

Here’s the operative part of Ford’s pardon of Nixon:
So, it would be possible for Pence to pardon all federal crimes Trump, his family, and his cronies have committed over their lifetimes. Ain’t politics grand ...

But it won't help against a stack of civil lawsuits.

I doubt Trump cares about the political stuff, politicians are making that bed and they know in the future they might have to lay in it. But the financial sector and creditors do not give a rats-arse whether Trump is Ex-Potus or Ex-Communicado! That whole industry is built on the tradition of stepping over your dead mother for a dollar!
12
Trump's very studious, he's just following the teaching of Dylan Thomas!
13
Quote from: cookie2 on November 24, 2020, 04:15:01 PM

Was reading that there may be some legal actions planned challenging the integrity of the Dominion/Smartmatic voting system and that this is what Sydney Powell and her team are now focussed on. I guess we'll see very soon.

Is that a technical analysis supplied by Russian or Chinese hackers?

14
Got to laugh with a tinge of sadness about the China COVID situation.

For a country that reports it has stuff "under control" and asserts it's had a vaccine available for months, the Shanghai Airport situation seems somewhat contradictory!

And so falls another pillar of COVID denialism, I've also read that China is now blaming Italy for Sars-CoV-2, but that appears to be a gross generalisation of the connection to Horseshoe bats which have wide ranging variants. The science now indicating the specific zoonosis is highly likely to be very closely connected to a specific Chinese Horseshoe bat (Rhinolophus sinicus) population in mainland China!

Interestingly, it looks like the science is stronger than ever that both Sars and Sars-CoV-2 share the very same zoonosis.
15
I was interested to read about the Chairperson of a major Superannuation Fund calling for our government to end to carryover credits.

Primarily they have been used/gamed by some governments and large multinationals as a stalling tactic, a way to carry on regardless while others make up for them ignoring climate action. For example, the concept that a large car company that has reduced the fuel consumption of it's vehicles in previous years gets a credit.

A good example of gaming, I believe one SE Asian nation / organisation obtained credits for planting oil palm as a form of greenhouse offset/reduction despite that planting occurring as a replacement of previously destroyed old growth forest.

btw., I've read reports that rebut the claim carryover credits benefit multinationals as they are only applied to nation states, but the problem is governments own some of the biggest offenders!

But I concede, while it will force more to become genuinely involved in the process it may also have a negative impact on certain sectors. Those credits, when not being gamed, are often what fund some of the most aggressive and progressive forward action. This is perhaps where a big superannuation fund can flex it's muscle.